An autograph portrays the signature of an important or notable individual. The practice of collecting and studying autograph as a hobby is known as philography. Many individuals collect autographs as a long term investment purpose too. Ravi Somani is one such man started his collection with coins, paper money, autographs and stamps in his early life. Later, he became even more intrigued over his collection and started researching on the same.
Origin of Autograph collection and Promotions
Ravi Somani was intrigued to grasp an insight on the rarity and value of each item on his collection. Thereafter, he was totally involved in his autograph collection of famous and notable figures across the globe. He loves to promote his collections with his popular website. If you have the same dedication towards antique collectibles, you can visit Ravi Somani Delhi official websites and have a detailed look on his stuff. The website holds all his collection and information along with pictures right from his childhood days. You can also grab the concept of collecting such antique items by following his guidelines.
Few details from his wide range of autograph collection
Ravi Somani has a wide range of autograph collection that includes some famous figures like, astronauts, governors, president, poets, businessman, kings, queens, sports personality, musicians, and so on. The vast collection also holds Sardar Vallabh Bhai Patel’s autograph, the famous freedom fighter of India. The autograph of King George V is also in the list of his collectibles. He was the King of India during early 19th century of British rule. The autograph of Apollo 11 Crew, the moon walker of USA appears on his list too. There are plenty of autographs available along with scanned pictures in Ravi Somani’s website. This is particularly handy for the antique collectible enthusiasts.
Collection of autographs as an investment
Ravi Somani Delhi has become a great business man using his skills and strategies over antique collectibles. He introduces his schemes and plans to extend his hobby of collection as a business. The price of each expensive and rarest item from his collection hikes in a regular interval and is sent for auction accordingly. Eventually, the business develops and a huge capital is drawn. Similarly, he uses the same capital and purchases a few other rare items to ensure further business in the long run. He is an example of inspiration for young generation who all are devoted towards antique collectibles. Later on, he also became involved with Utsav Exim, an organisation that is focused towards agricultural improvement of the country.
Autograph Collecting Guidance
Ravi Somani also offers ample guidance about the autograph collections. His autograph collections are categorised in a particular format. It includes political figure, sports personality, artists, astronauts, poets and other famous characters. Generally, autographs are much more enticing on a photograph than an autograph on a piece of paper. So, try to get an autograph of the notable person on his or her own photograph to make it even more precious.  Ravi Somani offers similar other tips about autograph collection in his website. 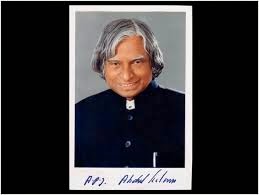